Those who fear the death sentence review 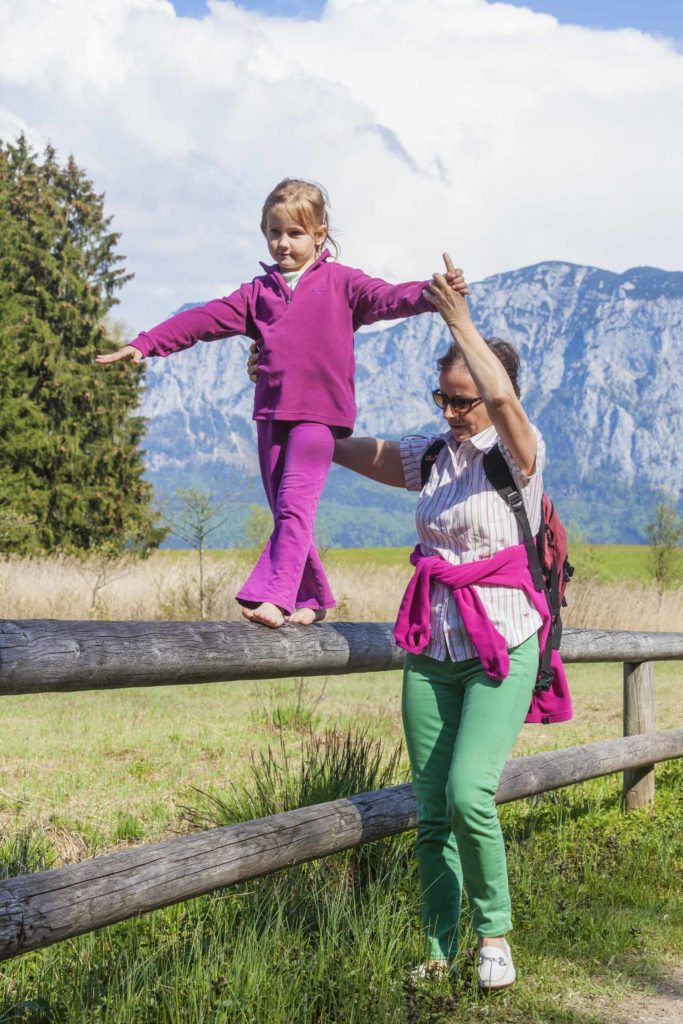 © Picture AllianceWhen is it better to hold on - and when not? It's not an easy decision.

A boy who is constantly being whistled back by his parents on a road-wide hiking trail, although he is walking in a safe place on the mountain side. A girl who is not allowed to play by the stream because she shouldn't get her feet wet for fear of catching a cold. A girl at the table, away from all the steep slopes and raging rivers, who plays with cake crumbs. She can't. And the chair wobbles. She certainly is not allowed to. Children who not only wear bicycle helmets and a neon yellow safety vest, but also a high flag attached to the wheel, only to hear days later that their mothers prefer to drive to school by car anyway. A boy who is not allowed to go outside in the blazing sun for fear of skin cancer. Another boy who is not supposed to play alone at the edge of the forest out of fear of a violent criminal A newborn baby that sleeps on a special breath control mat and is observed all night by means of a baby monitor with a built-in camera. Big daddy is watching you!

The series could be continued, and worst of all, the examples are all taken from real life over the past five years. Not that I want to downplay the risk of skin cancer for children or the actually considerable dangers for schoolchildren in traffic or the likelihood of sudden infant death syndrome, for many of the examples there are good arguments why parents want to protect their child from it. But there is more to it than that: How do parents balance the relationship between freedom and control of their children in 2018? According to my (of course not representative) observation, many parents behave overly cautious in that they want to protect their children from small life risks themselves. The term “helicopter parents” is making the rounds, but it only partially applies. Rather, it is about parents who keep their children on a short leash permanently. As a result, the youngsters have too little room to try things out independently, and even deny them the right to get a bloody nose, in a figurative sense. How else are children supposed to learn to correctly assess and master situations - and most of them in life will be unpredictable - if not through personal experience?

Most of these life situations will not take place under laboratory conditions. Who, if not the child who has learned to improvise, endure frustration, and control their own impulses and emotions, can do the right thing? It is not about mere adjustment in the sense of stupid opportunism. It's about self-determination and the necessary self-confidence to make your own decisions and to stand up for them when there is a headwind. However, if you are lifted onto the seesaw as a child by overprotective mothers and fathers without getting the chance to try it yourself and, yes, to fail, you will not get to know the awareness that you have achieved something. If you don't even get the chance to draw conclusions from your own mistakes, you may later push self-made mistakes to your environment. First the parents. The grandparents. Later the wife, the husband, their own children. Or even very diffuse and general society, a scapegoat for the mistakes you have made yourself must then be found. However, those who do not trust themselves will experience their surroundings as uncontrollable and therefore dangerous. And will raise his children in this spirit too.

Measured against the control demands of some contemporary parents, I had enough freedom as a child to make mistakes and to try things out. We spent our free time together at home and went on excursions on Sundays, on Saturdays I was mostly shopping with my father - and occasionally had to call home from the yellow telephone booth because we had mislaid the shopping list. But I could spend the afternoons after school, parts of the weekend and the holidays with my friends in the forest: building stalls, staging some kind of skirmish with “enemy” boys. Not everything was planned, not everything was wrapped in cotton wool. Of course there were times in my childhood when I should be at home. And limits. But freedom was accorded a lot of space in addition to regulation. Was there any great concern for your parents about this? Before illness? Injuries? Too much sun? From thieves and rapists lurking behind the tree? If my parents thought like that, then I didn't notice much of it at the time. Do I have to ask her the next time I have coffee?

Seriously: There were such dangers then as now, only the sensitivity seems to be many times higher today. In Germany tens of thousands of children fell victim to violence and abuse in the past year, but unfortunately these numbers have changed little for years. But there is no drastic increase. Sexual assaults in particular can still hardly be contained, although the number of unreported cases is very high. The overall increase in sexual offenses has to do with a reform in sex criminal law, which has resulted in more people being reported. More than 4,000 children were badly mistreated in the past year, half of them under the age of six. Most of these cases happen in the “social area”, as it is ugly, at home in the family. Nothing new either, unfortunately the state of affairs for a long time. It's bad enough that you can't get it under control, even if the opportunities for help and education are better today than in the past. Anyone who is serious about protecting against life risks should therefore definitely send their children to the forest. It's more dangerous at home. But what use is such knowledge if the feeling, the “perceived reality”, is more powerful than the reality in times of fake news? And some fall into the myth that everything was better in the past? Parents in particular are susceptible to this.

That the supposedly good old days were safer is gross nonsense. Just a little anecdote from my own life: I was eleven or twelve when a slightly older boy, then maybe 14 or 15, approached my friends and me. He lived a few streets away and, as far as I can remember, was slightly mentally handicapped; in any case, although we were a few years younger, we were intellectually superior to him. He was looking for us as playmates, he showed an interest in us. As we should soon notice, he showed this in an uncomfortable and sexualized way. One day he wanted to meet us at a “secret place”, behind a large electrical box on the edge of the forest. We didn't really care what he wanted from us because we decided to link him. We ordered him there at a certain time for fun, of course we didn't show up, but lay smirking in the nearby bushes to amuse ourselves royally at his bewildered face when he noticed that he was being transferred. Years later, I thought it would have been good to teach our parents about it. I had heard that the boy had tried to lure a little girl next door into the shell of a house. Fortunately, worse things were prevented, how exactly, I don't know. In any case, the boy flew up and disappeared from the neighborhood - but perhaps we could have prevented this escalation if we had stirred up with the parents. Then victims and perpetrators could have been helped earlier. Still, what remains: We were able to cope with the situation we experienced independently.

Something like this gives you the necessary self-confidence to deal with other difficult situations. But where does today's parents' fear of loss of control and disaster come from? When it comes to fear and violence and crime, we media do not always play a creditable role, and the large number of talk shows in which associations of refugees and crime are raised (albeit with question marks) are rightly debated at the moment. Almost real-time reporting by the media is also not always unproblematic. The feeling of insecurity also increases because every crisis, even if it is in the farthest reaches of the Hindu Kush, is now much more globalized and thus spills over into our realms. Not just through media, but physically. The increased global migration is partially shifting crises and problems to other parts of the world, but it is more the fear of change than the change itself that can poison the mind. Otherwise it would be inexplicable that especially those who have never had contact with migrants develop the greatest (then often unfounded) fears. Worrying about break-ins is also such a difficult patient that even the good news that the number of break-ins is falling cannot help. I, too, have heard the sentence "You can no longer put children in this world" in the extended family circle. If not in this world - in which then? Anyone who says something like this can obviously no longer relate the past to the present in a meaningful way.

That's not all: The idea of ​​performance and the exaggerated desire for flawless performance in everyday life - in the supermarket, on the playground, with friends - can also lead to an exaggerated control mania (but there is also the opposite: parents who don't have their children at all limit). Especially since the free time with the well-organized children is tight anyway, so one tries to perfect the result. Screaming children are annoying at the checkout: In our feedback culture, the admittedly not very helpful comments from fellow human beings are then no longer tolerable - in a thoroughly privatized world, not at all: What do they allow themselves? The large number of providers who organize children's birthdays from A to Z also speaks volumes: Nothing is left to chance here; It's just a shame that the joy in the children's faces cannot be booked at the same time. In contrast to some unfounded fears, this is even a pragmatic and understandable reaction to the lack of time in families. The only question that remains is whether it is also sensible for the child. It is not easy to find ways out of this stress test for parents and children, as the time consolidation is just a problem for families. Perhaps the first thing that helps is to simply hold the reins more loosely in the freedom that you have with the children. And not to be driven crazy by wars, terror, bad news and the “performance” of the neighboring mothers and fathers.

Parents harm their children when they stop letting them go. But what drives overprotective parents: real worry or unfounded fears?

An error has occurred. Please check your entries.